A motivational speaker with an incredible story to tell

A passionate environmentalist, who once was arrested after protesting and chaining himself underneath a D9 bulldozer, Warren has always had a strong sense of curiosity and never lets anything deter him from what he wants to do.

In 1997 Warren set out to explore Hinchbrook Island, off of Australia’s north-eastern coast. A trip that would change his entire life, after he became trapped under a boulder that had fallen. Geert van Keulan, a Dutch traveller that Warren had met one day earlier, became his only hope for survival. Geert raced down the mountain to get help and it wasn’t until two days later that it arrived, whilst Warren was pinned under the boulder. Unfortunately both legs needed to be amputated at mid-thigh length. But this did not stop the adventurous Warren MacDonald.

A mere ten months later, utilising a specially modified wheelchair, Warren climbed Tasmania’s Cradle Mountain. He also became the first double above-knee amputee to reach the summit of Mt Kilimanjaro, Africa’s tallest peak standing at 19,222 ft. Warren has also scaled America’s tallest cliff face, El Capitan, which required him to perform over 2800 pull-ups over three days. Another world record was broken when he became the first over the knee amputee to ascend Canada’s ‘Weeping Wall’ a frozen waterfall, which stands at 600ft tall.

An inspirational speaker to all, Warren motivates audience members to never give up, no matter how hard the challenge that needs to be overcome is.  He speaks about change management, and has challenged multiple organisations to think outside of the box, encouraging their employees to work productively and efficiently.

One Step Beyond: Setting and Reaching Impossible Goals
It is all well and good to set seemingly impossible goals; the kind that has your team looking at you like you are nuts. You need to convince them, to inspire your team to follow you. To show them what is possible when you are prepared to go One Step Beyond.
Return on Resilience: Bouncing Back is Just the Beginning
If there is one certainty, in business and in life, it is that we will all face challenges; that we will all, at some point be faced with a seeming insurmountable obstacle or obstacles. When that happens, our greatest ally is found in our ability to endure; to adapt. When that happens, it pays to have banked some resilience. This keynote presentation focuses on what we can do to prepare for our challenges in advance. On how we can fortify ourselves against the curveballs and roadblocks before they happen by practicing resilience.
The Challenge of Change: Finding Opportunity in Adversity
We have all heard it a million times; change is constant, the only certainty in life is change, change or perish. Warren will help your group realize that challenges brought on by change hold endless opportunities for innovation and personal and professional growth. You will learn to see change as an inevitable, ongoing process that we are all engaged with; not just something that happens to us. You will never look at adversity in the same way again.
The Power of Perception: Building a Breakthrough Mindset
If we cannot see where it is we need to go, what are our chances of getting there? If your team or your members cannot see where you are going, what are the chances they will get on board? This keynote presentation is designed to hit reset on how your team sees their role in your organization. Expect them to come away empowered, engaged, inspired and ready to take action. They will begin to see challenges and opportunities with fresh perspectives and renewed vision.

The presentation you delivered was heartfelt and more than inspirational. You captured exactly what we were looking to hear and you weaved your story and teachings brilliantly throughout. We have been back to work a few weeks now and people are still talking about some of your key take-away messages. They were so simple and resounding..how could they not!

It was a pleasure having Warren at our meeting. He is one of the most effective speakers that I have listened to. He has a unique ability to deliver his powerful message in an authentic and down to earth style. The attendees felt privileged that Warren made the effort above and beyond his speaking commitment to be a part of the event.

Warren Macdonald is a must for any organization with Leaders looking for development and obstacles that need to be turned into opportunities.

Warren delivered an important message in an engaging way that really connected with our audience. He made an outstanding contribution in being the catalyst for our people to reflect on and take control of their own circumstances, and had a material impact on the success of our conference. 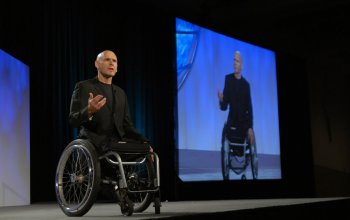