Tim Macartney-Snape is an Australian mountaineer, explorer, writer and entrepreneur. As an inspirational speaker, he uses his mountaineering triumphs as a spectacular framework to communicate the fundamental aspects of achievement. His profoundly moving talks are enhanced by dramatic photos and awe–inspiring footage.

The determination, resilience and focus needed to pioneer new and challenging routes to the tops of the world’s highest mountains are skills Tim applied in establishing the globally successful outdoor equipment business, Sea to Summit.

Tim is best known as the only person ever to climb Mount Everest’s entire 8,848 metres from sea to summit. Although he began the three-month expedition with a small film crew on the shores of the Bay of Bengal, he climbed alone from Base Camp, without the assistance of sherpas, fellow climbers or bottled oxygen. It was on 3 October 1984 that Tim Macartney-Snape and his expedition partner Greg Mortimer became the first two Australians to reach the summit of Mt Everest, and even more impressively - they did so without the aid of supplementary oxygen. The documentary of this achievement won prizes in seven countries for best mountain film.

That achievement followed on from a string of first ascents on difficult routes across the Himalaya, most notably the first Australian ascent of Mount Everest. After conceiving the climb, Tim was a driving force in organising the expedition. The small team climbed alpine style, without sherpa support or bottled oxygen pioneering a new route directly up a difficult and dangerous part of the north face with Tim one of two to reach the summit.

Tim co-founded leading international outdoor adventure brand Sea to Summit. The company takes its name from the aforementioned extraordinary 1990 ascent of Mount Everest. Sea to Summit equipment is now sold in over 60 countries and has won design and business awards in Australia, Europe and America.

Tim is also a consultant to adventure travel company World Expeditions and continues to pursue his chief outdoor interests of exploratory mountaineering, rock climbing and skiing.

He is a twice-honoured Order of Australia recipient. Tim is founder and Patron of the World Transformation Movement, Chairman of Leave No Trace Australia and a member of the Fred Hollows Foundation.

Your experiences were certainly awe-inspiring, and your presentation certainly helped ensure our conference was the tremendous success we had envisaged.

Tim’s presentation was superb. It left the group with a spine-tingling sensation of achievement. 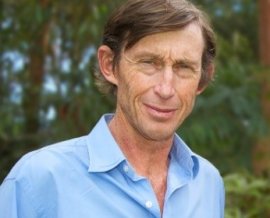