Often described as the greatest centre that Rugby Union has seen, Tim Horan is an inspirational individual who doesn’t let anything stand in his way of achieving what he desires. As well as being a dual Rugby World Cup winner in both 1991 and 1999, participating in 80 Wallaby tests with one as captain and 119 Queensland Games, Tim is an exceptional public speaker with a passion for improving leadership and teamwork.

In 1989 as a young teenager, Tim earnt his first golden jersey,  although Australia lost the first game to the All Blacks. Determined to win at the 1991 World Cup, Tim was a crucial player to the Wallabies success over the All Blacks. David Campese passed an over-the-shoulder, no-look pass to Tim in the semi against New Zealand which is still the most replayed try since the event.

Even with a potentially career-ending knee injury in 1994, Horan continued and delivered an impressive comeback in the 1995 Rugby World Cup.

In 1999, Tim became Australia’s third most capped player and the most capped Australian centre and guided Australia to its second World Cup victory.  A season later, he shocked many and announced his retirement from international rugby to play out his career with the Saracens Club in England.

As recognition of his impressive feats, Horan was awarded the Centenary Medal in 2001 and the Member of the Order of Australia on Australian Day in 2009, as well as being inducted into the Australian Sport ‘Hall of Fame’ and the International Rugby ‘Hall of Fame’.

Since retiring, Tim has become an avid public speaker and uses his leadership skills to help improve business nationally. He is also regularly featured on many sporting channels for his expert opinion on Rugby, and is an avid rugby commentator for Fox Sports during Wallaby test and Super Rugby matches. He is currently a Business Director for the Sports and Entertainment division of Westpac and is a Director of Events for Queensland.

Tim Horan is available to speak on multiple topics including how to achieve victory, the passion, commitment and dedication it takes to play sport for your country, stories about his career as a Wallaby, analysis of the current Wallaby players and Super Rugby and how to create a successful team through leadership and empowerment. 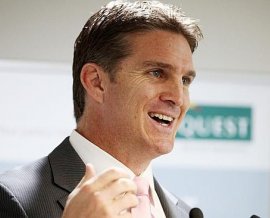