Moss is an outspoken advocate for human rights and the rights of women and children. She has been a UNICEF Goodwill Ambassador since 2007 and as of 2013 is UNICEF Australia’s National Ambassador for Child Survival, and has visited Australian hospitals, maternity wards, refuges and schools as well as Syrian refugee camps in her UNICEF role.

Moss has spoken at numerous schools on cyberbullying, online ethics and child safety, and produced and hosted 2017’s documentary Cyberhate, investigating the issue of online abuse.

In 2015 she received an Edna Ryan Award for her significant contribution to feminist debate, speaking out for women and children and inspiring others to challenge the status quo.

Moss also writes about vintage, sewing, craft and body positivity at her vintage-focussed blog VictoryLamour.com, promotes ‘slow clothing’ and craft as Patron of the Australian Sewing Guild, and hosts and produces the vlog Sewing Vintage with Tara Moss.

Tara has over 20 years of experience in the public eye, speaking at hundreds of universities, schools, writers’ festivals, town halls, community and corporate events, the Sydney Opera House, Australian Parliament and more. She gave her address to the nation, ‘Cyberhate and Beyond’, at the National Press Club in 2017, putting the phenomenon of extreme online abuse and harassment on the national agenda.

Tara can present in Keynote with PowerPoint presentation, In Conversation style, as part of a panel or Q&A style. Tara welcomes a book stall and signing at all events.

Cyberhate Today
Online ethics, the state of cyberhate today and how to engage safely online.
Labels, Leadership and Why We Need More Womens Voices
On womens representation in media, fiction, politics and public life.
Speaking Out: A 21st Century Handbook for Women and Girls
On how to speak out and why it matters.
The Archetypal Woman
On womens representation in fiction and myth.
The Tara Moss story
Her own journey 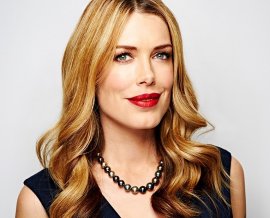