Here for the long run, realising your full potential

Steve 'Mona' Moneghetti is one of Australia's all-time greatest marathon runners having represented the country at four Olympic Games, four Commonwealth Games and six World Championships. He has run an incredible 22 marathons and finished in 11th place or higher in 20 of them.

Steve trained twice a day, covering between 180-200 km per week and approximately 8500 km a year under the guidance of dual Olympian and Sydney 2000 Athletics Head Coach Chris Wardlaw. He retired after the Sydney 2000 Olympic Games but is still heavily involved in running within Australia, running every day and covering around 70km a week.

Steve's other achievements include:

Steve’s schedule consists of runs, public appearances as well as motivational presentations across the nation.

Steve speaks openly and honesty about his career as an Olympian as well as his personal struggles with ageing, to provide a presentation that is engaging to the entire audience. He explores the health benefits of running and encourages every individual to try it once in their life regardless of their age. He explains how with the right plan and a strong work ethic you can achieve things you never dreamt possible. Lessons, learning & leadership from a life on the road. 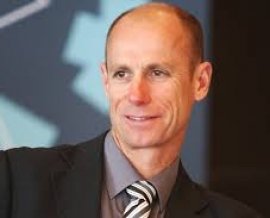