One of Australia's most beloved entertainers

Samuel Johnson is one of Australia’s most beloved entertainment personalities. His genuine character, television presence and pure love for his sister has made him a household name.

His extensive work saw him become the recipent of the 2018 Victorian Australian of the Year. Recently he starred and won the 2019 season of Network Ten's 'Dancing with the Stars', impressing audiences with his dancing skills.

The now retired actor is best known for his roles in ‘The Secret Life of Us’, ‘Crackerjack’, ‘Underbelly ll’, ‘Rush’ and the biographical mini-series 'Molly', as well as numerous guest appearances. He has also been the voice of companies Vodafone, Suzuki and Pedigree.

Sam’s impeccable talent has not gone unrecognised as he has been nominated multiple times for a Logie, won an AFI Award and in 2000 was awarded with an Australian Centenary Medal on the Queens Honour list. At the 59th Annual Logie Awards, he took away a Logie for Best Actor and received the Gold Logie for Best Personality on Australian Television.

Although Johnson is proud of his incredible achievements, nothing tops his sister Connie.

When Connie was diagnosed with Breast Cancer, a joke and a promise in the kitchen turned into an epic challenge. Samuel rode around Australia on a unicycle, breaking world records as he did so and he managed to raise over $1.5 million. His message was simple yet powerful – keep his promise to his sister and help raise awareness for cancer.

Sam and Connie where born a mere year apart and have always been close, playing with each other, growing up together, exploring their neighbourhood together and fighting cancer together.

On Thursday September 8th 2017, the Governor-General Sir Peter Cosgrove "cut through the red tape" to award Connie a Medal of the Order of Australia in recognition of her tireless work for those with cancer.  Connie passed away the following day and Sam softened the blow for everyone out there who had followed the journey but letting us know that "She went so richly, and with such grace. Trust me, she was genuinely cushioned by your love, till the end".

Together they raised millions for cancer research, including more than $2 million in May when a Canberra netball court became a sea of silver five cent pieces for Connie's Big Heart Project.

Sam has taken on the role of Chief Custodian of his sister’s legacy.   He has vowed to continue advocating and raising awareness of the disease.

Samuel Johnson’s vibrant and passionate personality make him perfect for any event and he can speak as an MC, keynote speaker or after dinner speaker.

For further information on Samuel Johnson please contact one of Keynote Entertainment’s consultants on 1300 661 904 or info@keynote.net.au and we will be happy to assist you.

Samuel is a wonderful speaker who fully engages his audience, he had people laughing and crying with his stories, he was a hit with everyone in the room. Great guy, great speaker. 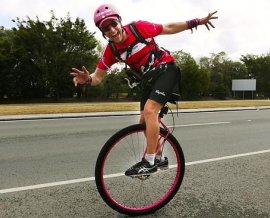