Richard Bowles is the founder of Adventure Alchemy and five-time world record-breaking Australian adventurer. He’s also a multi-disciplined educator, executive advisor, producer and top 20 rated APAC speaker. His risky adventure experiences and unique research have enabled him to accelerate his clients’ performance and organisational progress. His work features in international media including CNN and Sky News and the Today Show.

His extraordinary story starts from modest beginnings; he failed school, worked in construction, retail, drove a truck, made cold calls all before competitively growing a successful sales leadership career. From there he co-pioneered a global sponsorship consultancy and established a national annual convention which saw over a thousand delegates attend from all around the world. Also, he has, hosted, created and co-produced several documentary series.

Bowles has dedicated his life to exploring how success can arise from within chaos. His miraculous accomplishments, which include surviving volcano eruptions, crocodile-infested rivers and missile fire, have given him a unique perspective on how businesses can succeed even when the odds are stacked against them. Whilst it’s unlikely that your business is facing the threat of molten lava or ferocious animals, Bowles’ expertise helps companies thrive in the face of adversity 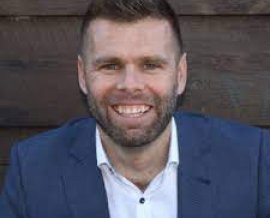