Peter FitzSimons is a highly regarded columnist for The Sydney Morning Herald and Sun-Herald who also presents on television’s Fox Sports. He has played rugby for Australia, co-hosted radio shows with Mike Carlton and Doug Mulray, written over 20 best-selling books and interviewed famous icons around the globe.

In 1989 he joined The Sydney Morning Herald on a full-time basis, and has been one of their most popular columnists since. Andrew Denton has referred to him as 'Australia's finest sports journalist.'

Some of his stand out novels have been the biographies of World Cup winning Wallaby captains, Nick Farr-Jones and John Eales, former Opposition Leader Kim Beazley and aviator Sir Charles Kingsford Smith. He was Australia’s biggest selling non-fiction author in 2001, and then again in 2004 with the release of his book ‘Kokoda’. His latest bestseller is Ned Kelly: The Story of Australia’s Most Notorious Legend with another book in the pipeline, Gallipoli, due to be published in November 2014.

Peter also has a remarkable list of interviews to his name including George Bush, Sir Edmund Hillary, Jodie Foster, Carl Lewis as well as all the major Australian sporting figures from Shane Gould to Allan Border. He has interviewed nearly every Australian Prime Minister from Gough Whitlam through to Kevin Rudd.

He was appointed a Member of the Order of Australia in 2011 "for service to literature as a biographer, sports journalist and commentator, and to the community through contributions to conservation, disability care, social welfare and sporting organisations".

Peter FitzSimons is an entertaining after dinner and conference speaker who draws on his colourful experiences to provide great entertainment.

We would be glad to assist you with any enquiries you may have regarding booking Peter FitzSimons for a motivational speech or hosting your conference or event, please feel free to contact us at any time on 1300 661 904. 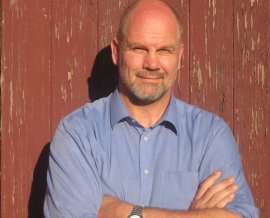