Paul Roos has earned a much-acclaimed reputation as an AFL player and senior coach. He has also made his mark as a much sort after corporate speaker.

Paul Roos is a well-known football player and his career in the industry expands much further than on the field. His presentations are filled with sports analogies and his strong sense of sportsmanship is always present.

Paul’s expansive marking and kicking skills were acknowledged when he came third for the Brownlow Medal, the AFL’s highest individual player award, in 1985. A year later, Roos came second. He was also awarded the E J Whitten Medal in both 1985 and 1988, which is awarded to the best Victorian player in the State of Origin Football.

In the duration of his career with Fitzroy, now the Brisbane Lions, Paul was a member of the Victorian representative ten years running, two as captain. He was also named as the All-Australian team on seven occasions, twice as skipper.

In 1995, after an incredible career with Fitzroy, he decided to join the Sydney Swans. He played 87 games for the club before he was promoted to assistant coach in 2001. Two years later he was given the club’s senior coaching role and in the same year he led the team to the play-offs. As appreciation for his incredible work as coach he was named as AFL Coach of the Year.

In 2005, Paul led the Sydney Swans to the Grand Final. Incredibly, the Swans came from behind and won the game against the West Coast Eagles by four points. This victory signalled the end of a 72 year-old drought they were experiencing and for the 92,000 fans within the MCG and the hundreds of thousands watching on televisions it was an incredible feeling and could not have been reached if Roos was not coach.

A year later, he brought the team back to Grand Final but unfortunately they lost by a mere one point. Roos’ true spirit was revealed that day as he treated the loss the same way he treated a win, with great sportsmanship.

After giving the coaching role to another person, Paul decided to coach at the Swans Academy and dabbled in the media side of the sport. He was a featured columnist with News Limited newspapers and was a member of the AFL Commentary team on Fox Sports.

Having extensive experience with transforming a team, it wasn’t long before another coaching job arose for Paul. After consistent calls from the Melbourne Demons, he signed a two year and one year option contract with the club. After the contract ends he plans to resume his career within the media side of football.

Paul Roos’ presentations are all about making a connection with the audience and having them acknowledge the importance of believing in both themselves and their team. He can strengthen any team and assist in increasing levels of communication. 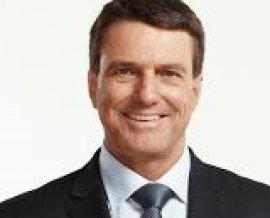