Motivates, inspires and assists audiences to understand change and leadership

A winning combination of energy, enthusiasm and an understanding of what it takes to excel makes Nick Farr-Jones stand out as a motivational speaker.

In the sporting arena Farr-Jones played an integral part in the success of the Wallabies and was an inspiration to his teammates. Winning the Rugby Union World Cup in 1991 and the Bledisloe Cup in 1992. He was awarded the AM in 1992 for his contribution to rugby.

Farr-Jones studied law at Sydney University and since retiring from rugby union in 1993 he has spent time practising law, as an investment banker with Societe General and has been a Director with Taurus Funds Management, managing funds in the mining sector.  Understanding what it takes to have more than one successful career is what makes Nick an outstanding speaker. Farr-Jones understands the importance of people and surrounding yourself with people who have the skills you don’t have.

Experience as a captain, a lawyer and a company director exemplifies his status as a Leader in business. Farr-Jones will motivate, inspire and assist your audience in understanding change management and the fundamentals of leadership.  Having rebranded himself in three careers outside of sport qualifies Nick Farr-Jones as a change specialist. 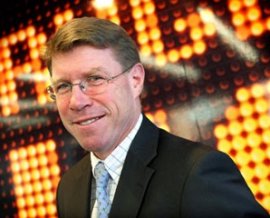