Mick Malthouse is not only an AFL coaching legend, he is entertaining and inspiring.  His ability to share his sporting experience and his ability to relate it to business and life make him an in-demand speaker.

Malthouse has coached 639 games including finals games, and has coached the most AFL games in history. Appointed as coach to Collingwood, Malthouse was able to take them from the bottom of the ladder one year to finalists the next. In 2010 Mick finally broke the twenty year drought for Collingwood to claim his third Premiership.

Starting his football career at St Kilda, Mick played 53 senior games, including three finals, before moving to Richmond. Malthouse played 121 senior games including six finals during his time at Richmond.

Mick used his dedication to motivate the West Coast Eagles, Footscray and finally, Collingwood to achieve results.  His professionalism has inspired players from around Australia to be the best they can be.

After retiring from coaching, Malthouse began a career in the media on television with Channel 7 and radio with 3AW.  His professionalism as a coach has been endorsed and lauded by the entire AFL.  Mick has taken on the role of Vice- Chancellor Fellow for La Trobe University, he was engaged to support and enhance sports related study, to inspire students and to build community networks.

Mick Malthouse will motivate your audience to do their best, to achieve greatness and to win.  He will help your team understand the importance of being results driven and to reach their goals.

Mick was great to have speak at our business launch party. He shared his experience in leadership and also related his story back to similarities he’s shared with the journey of our business. While making it a light and enjoyable speech. We had lots of great feedback. He was also super easy to communicate with and very down to earth. 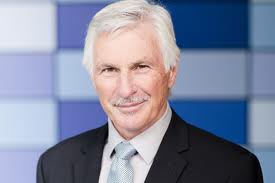