Michael Stangel is a singer-songwriter who wowed The Voice judges on the last night of blind auditions with his powerful rock voice. Beyond the voice, there was a courageous story that is sure to leave any individual feeling moved.

In 2012, Michael was diagnosed with cancer of the heart, and after battling the disease was diagnosed with a tumour on his brain as well. Doctors warned him and his family to make final arrangements as he was not expected to survive.

Fortunately Michael did survive, and overcoming a life threatening illness gave him the courage needed to audition for The Voice. Performing Ian Moss and Cold Chisel’s ‘Bow River’, he wowed the coaches and Australia with his influential voice.

Fascinated and intrigued by music since he was three, Stangel always knew he was destined to be a musician and began practising on several instruments, including drums guitar and piano, for up to six hours a day to fulfil his dream. He has authored songs for well-known artists including Shannon Noll, The Veronicas and Dean Geyer.

Michael’s inspirational story will leave audiences feeling motivated and inspired to reach their goal regardless of the challenges. 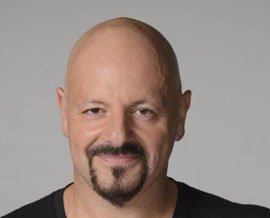