An accomplished public speaker, recently speaking to sell-out audiencesin capital cities across Australia about how our treatment of animals challenges the finest elements of our humanity.

Lyn White is the Campaign Director for Animals Australia.  She is recognised and respected as one of Australia's foremost animal advocate and animal cruelty investigators.

Formerly a South Australian police officer, Lyn worked with the Animals Asia Foundation on animal cruelty issues in South East Asia before joining Animals Australia in 2003. The Cormo Express disaster in that year, in which nearly 6,000 animals perished at sea, precipitated Lyn's first investigation into the live export trade. Since then she has conducted 11 investigations in the Middle East, Turkey and Indonesia documenting the cruel treatment of Australian animals exported live for slaughter.

Evidence gathered has resulted in a leading live export company being prosecuted for animal cruelty, the suspension of the live trade to Egypt and Indonesia, a ban on the sheep trade to Egypt, an end to the private sale and slaughter of Australian animals in the Middle East and significant reforms to the entire live trade.

Lyn's 2006 investigation in Egypt, which documented cattle having their tendons slashed and eyes stabbed at Cairo's notorious Bassateen abattoir and sheep being trussed and transported on roof racks, resulted in the Federal government suspending the live cattle trade and banning the live sheep trade to that country. Lyn's investigation was the subject of a feature article in Australia's most respected publication The Bulletin.

Lyn's work has resulted in unprecedented animal welfare advancements in a number of countries including in Jordan where her work led to the establishment of ThePrincess Alia Foundation – and she continues to serve as an adviser to HRH Princess Alia al Hussein. As a result of the establishment of PAF welfare issues in zoos are progressively being addressed with some of the most abused animals being rescued, education programs are now underway and animal protection legislation has been tabled. Lyn's work with an Australian slaughter expert has transformed the abattoir system in Jordan and led to over 80% of animals now being stunned unconscious prior to slaughter.

Lyn's 2011 investigation in Indonesia revealed the routine abuse of Australian cattle in the country's slaughterhouses, resulting in a six week suspension of trade and major changes to the industry's operations. The footage was provided to the ABC's Four Corners with the resulting story sparking unprecedented public and political pressure to end the trade. Four pieces of legislation to end live export were lodged in the Federal parliament and in August 2011over 20,000 Australians converged  on capital cities calling for an end to the trade.

While she is best known for her work exposing the cruelty of live export, Lyn's passion and focus remains the plight of the 500 million animals raised in factory farms in Australia ever year. Her investigation into the Australian pig industry led to an expose on 60 Minutes and unprecedented consumer pressure on the major retailers to not stock factory farmed pork. Shortly after, the Australian pig industry announced it would phase out the use of the cruellest practice — sow confinement stalls.

Lyn's work and investigations have been highlighted on every major current affairs program in the country, including 60 Minutes,7.30 Report, A Current Affair, Today Tonight,Landline, Australian Story and Four Corners which won the 2011 Gold Walkley Award for journalistic excellence for their report based on Lyn's Indonesian live export investigation. Lyn was a state finalist for the 2012 Australian of the Year awards, and in 2011 was determined by The Age newspaper as the second most influential Victorian; voted by readers of Crikey.com as their Person of the Year; and named ABC Newsradio's Newsmaker of the Year.

Lyn is an accomplished public speaker, recently speaking to sell-out audiences in capital cities across Australia about how our treatment of animals challenges the finest elements of our humanity.

While as Australia's most recognisable animal advocate, her work keeps her in the headlines, Lyn much prefers life out of the spotlight. In the rare moments of quiet she will be enjoying long walks with her newly adopted Border Collie, Buddy, on the beaches of Victoria's Mornington Peninsula, where she currently resides. 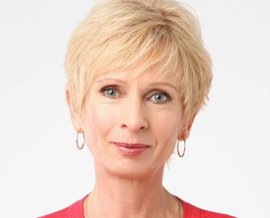