Lewis Pugh is an inspirational and business speaker and the author of the international bestseller “Achieving the Impossible”.

A keen environmentalist, avid swimmer and passionate speaker, Lewis Pugh is an incredible individual who is sure to aid any business. He has captivated the attention of Bill Clinton, Ted Turner and Desmond Tutu, and can connect with and motivate his audience regardless of their background.

Being the only person to have completed a long-distance swim in every ocean globally, Lewis understands how much of an impact both determination and goal setting can have on a result, and he can assist any organisation recognise what skills and abilities they need to better themselves. He believes in achieving the impossible and rising above the challenges that may stand in the way.

Lewis has swum in some of the most hostile water environments earth can offer including the Antarctic, the North Pole and the Himalayas, and in doing so he discovered the fragility and vulnerability the seas have. In response to his discovery and his venturing into some of the world’s most inaccessible areas, in 2013 the United Nations appointed him as Patron of the Oceans.

Annually, Pugh gives around 100 speeches to some of the world’s largest companies including Barclays, Mercedes, Unilever, Microsoft, SABMiller, SAP, Ernst & Young and Vodafone as well as globally recognised organisations the United Nations, the IOC, the University of Cambridge, Harvard Business School and the World Economic Forum.

His ability to make his story an importance in an ever-changing world, has seen Lewis talk at some of the largest events that organisations hold. On the 125th anniversary of Coca-Cola, they requested him to address their world-wide leadership team. When Unilever made the decision to double their business whilst reducing their environmental footprint they invited him to motivate their management team. On the 200th birthday of Lloyd’s Agency Network, they asked Lewis to help them visualise their future in an unpredictable world.

To this day, Pugh has pioneered more swims around famous landmarks than any other swimmer, and he does so to increase awareness of the oceans and their importance to Earth.

Lewis Pugh can captivate any audience he is put in front of and can motivate and inspire them to dream big and achieve even bigger. 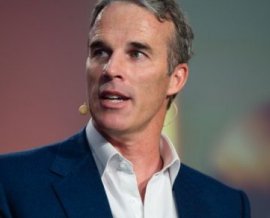