A familiar and popular sporting commentator

Glenn Mitchell joined ABC Sport in Perth in January 1990. Since then, he has become a familiar voice around the country with his commentaries on AFL football and international and domestic cricket. He subsequently spent 21 years with the ABC and resigned in June 2011. He was also executive producer of ABC Sport (WA).

Glenn commentated at four Olympic Games (Atlanta 1996, Sydney 2000, Athens 2004 and Beijing 2008), and two Commonwealth Games (Manchester and Melbourne).  He also called the track and field events on ABC TV’s coverage of the 1996 and 2000 Paralympic Games.

As one of the ABC’s former senior cricket commentators, Glenn broadcast over 130 Tests and one day internationals, covering overseas tours against Sri Lanka, India, Pakistan, New Zealand and England.

Glenn has called over 900 football matches in the AFL and WAFL (on radio and television). He has also broadcast men and women’s NBL basketball on both TV and radio, along with world championships for cycling, triathlon and water polo, tennis, hockey, golf, boxing and netball.

In 1998, he published ‘Pursuing Excellence’, a biographical history of Western Australia’s leading sportswomen. 2 years later, Glenn was awarded the Australian Sports Medal by the Governor General for his services to sport.

Glenn is a polished and articulate master of ceremonies and speaker who is a much sought after for major corporate, sporting and government functions. He has witnessed first hand both sporting triumph and disaster. As such he is well place to share his thoughts on what makes a true sporting champion.  Through a series of anecdotes Glenn will take you behind-the-scenes into the high pressure world of the sporting elite and share their secrets of success with you in an entertaining, informative and motivational presentation.  Choose from any of the following speech topics, or Glenn can tailor a presentation to suit your specific requirements.

Australia – A Great Sporting Nation
Highlights how as a small nation we have become a world beater and example of best practice in the area of sport. It encompasses first hand examples that Glenn has witnessed at major international sporting events.
Coping with Success & Failure
Examples of how athletes have dealt with success and failure and how it can motivate us all.
Mental Health & Suicide Prevention
Glenn tells of his own personal battles with mental illness in the hope that he can help provide others with the motivation to confront their own challenges and seek help. Glenn speaks from the heart and his emotive and articulate address on his journey to conquer mental illness often elicits standing ovations from audiences.
The Best Seat in the House
This centres on Glenn and his life as a sports broadcaster, including many behind the scenes anecdotes from various Olympic Games, Commonwealth Games, and overseas and national cricket tours he has covered.
What We Can All Learn from Sport
Encompasses teamwork, attitude, motivation and examples of elite performance that we can take from sport and apply to everyday life.
What’s Wrong With Elite Level Sport and How to Fix It
A look at some of the major obstacles and problems that face elite level sport and how to rectify them. 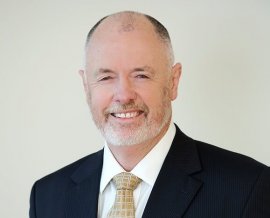