George Gregan is a well-known sportsman, whose dynamic defence skills, competitive nature and persistent personality cemented his place as an internationally renowned rugby player. As both a successful leader and businessman, he is able to educate and motivate audiences on the importance of impeccable leadership and the success it can bring.

Making his first appearance as part of the Wallabies in 1994, Gregan made a name for himself after a successful try-saving tackle on All Black’s Jeff Wilson, leading the Wallabies to victory and taking home the Bledisloe Cup. This moment is considered one of the greatest moments in the Wallabies vs All Blacks rivalry.

In 2001, George was honoured with the title of Wallabies captain, claiming multiple awards as recognition of his dedication and excellence within the sport.  He also played Super 14 for the ACT Brumbies, leading them to victory in 2001 and 2004.

As well as his extensive dedication to Rugby, Gregan is also passionate about his personal issues. In 2004, he announced that his four-year-old son, Max, had epilepsy which caused him to launch The George Gregan Foundation. The George Gregan Foundation has raised over $3 million, using the money to design, fund and build playgrounds, that are suitable for all children, for hospitals across Australia, including the Children’s Hospital Westmead, the Sydney Children’s Hospital, Randwick, the Royal Children’s Hospital, Brisbane Hospital and ACT’s new Women’s and Children’s Hospital. The playgrounds are designed to allow both patients and families to have an escape from the wards of the hospitals. In addition to building all-inclusive playgrounds, the foundation supports a fellowship in paediatric neurology, specialising in epilepsy.

In the same year, Gregan was appointed to the Order of Australia for his services to Rugby Union Football, especially for his successful captaincy of the Wallabies.

In 2007 after competing in the World Cup in France, George retired from Australian rugby, joining the French Club Toulon for one season. A year later he announced that he joined Suntory Sungoliath in Japan, playing for three seasons and ultimately winning the Japan Cup in 2011.

Currently, George is actively involved in the hospitality industry, supporting his wife, Erica, who established The Gregan Group and is the managing director of the business. 24 outlets of the company, including cafes, small wine bars and bistros, are spread throughout Australia with the company expanding rapidly.

George Gregan is an avid motivational speaker, utilising his knowledge and previous experience to motivate any audience. He covers topics that can be related to any organisation including: 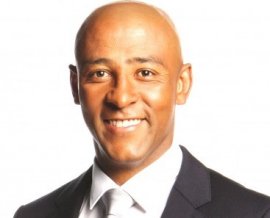