Angry Anderson is an unquestioned legend of Australian rock, with decades in the Australian music industry, shocking, amusing and entertaining a generation.

Short on stature, but big on lip and a chip on his shoulder almost as large, Angry took to rebellion and rock n roll like a duck to water in his teens, first in Melbourne 70s garage band Buster Brown and then a move to Sydney to form the seminal Rose Tattoo.

“The Tatts” were the epitome of wild boy Aussie rock in the 70s. While Skyhooks were donning makeup and Richard Clapton was singing about Girls on the Avenue, Rose Tattoo spoke to the lunatic fringe. They played hard, they played dirty and they lived punk before punk was punk.

Inspiration to bands that would come after including Guns n Roses, Rose Tattoo blitzed the Australian charts with hits including We Can’t Be Beaten, Bad Boy for Love and Rock n Roll Outlaw throughout the 70s and 80s before Anderson went solo, having further hits including Bound for Glory and Suddenly.

He has also had successful stints on the stage (Jesus Christ Superstar, Rasputin) and screen (Max Max: Beyond the Thunderdome, Bullamakanka) and has a variety of awards to his name including the Advance Australia Award, the Australian Media A.M. and many more.

Anderson has also worked tirelessly for charity, becoming an active spokesperson for men’s health causes as well as various hospital and children’s charities as well as hosting “The Challenge” on Channel 9, using his celebrity to galvanize the community to help those in need.

Rose Tattoo were inducted into the ARIA Hall of Fame in 2006 and a decade on Angry is here to continue his reign as the king of Aussie rock into 2016 and beyond. In Angry Anderson’s 1994 biography, Angry – Scarred for Life, the author Karen Angry Anderson is hot only an icon of Aussie rock he is also speaks on child abuse having been a victim himself.

Despite his commitment to all his charity work, Angry still manages to find time to tour with Rose Tattoo, one of Australia's longest-running rock bands. In early 2013, the band joined Guns n' Roses and ZZ Top on tour around Australia.

Angry Anderson is a legend, not only as a hard rocker but as a caring, committed, passionate and outspoken advocate for disadvantaged youth. He is definitely a doer, and has wide appeal and respect throughout Australia. 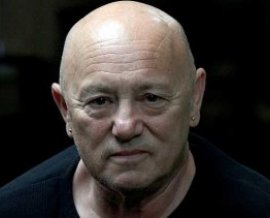