One of Australia's most successful actors

Garry McDonald AO is best known for his role as Arthur Beare in Mother and Son, and the repeating role of Norman Gunston, first shown in 1973 on The Aunty Jack Show.  A Logie winning actor whose impressive skills has been featured across television, stage and film, Garry is one of Australia’s most successful actors.

He developed his passion for acting at an early age before studying at the National Institute of Dramatic Arts despite family objections.

Garry suffers from the mental health problems depression and anxiety and often speaks out about his personal experiences. He is passionate about raising awareness about mental health and removing the stigma associated with it. Garry was a former Board Director of beyondblue.

In 2003, he was appointed an Officer of the Order of Australia for his work in the area of mental illness.

A fantastic speaker for any event, Garry McDonald can fill a variety of speaking roles including Master of Ceremonies and motivational speaking. 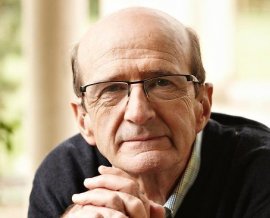