Dr John Knight AM is 2017 National Finalist Senior Australian of the Year.  For over 20 years as a media medic, he has perhaps been better known as Radio host, television personality, columnist and best-selling author, 'Dr. James Wright'.

In real life Dr Knight is an active practicing GP in a northern Sydney suburb, AS Dr Wright, he has answered the medical queries of Australians in print, radio and television. He also has a 24-hour-a-day national telephone information system, which operates 365 days a year, providing succinct information on a wide variety of health topics.  In 1998, Dr Knight was awarded the Order of Australia.

Just over 40 years ago,  Dr John Knight And his late wife, established Medi-Aid Centre Foundation; recognised Public Benevolent Institution and Charity which provides ongoing and affordable accommodation to elderly.  The foundation has focus on help for those most in need and now has almost 1000 properties rented to those in need for a modest sum.

Despite financial and personal loss, ill health and now aged 89, Dr Knight continues to pursue his fund raising for Foundation expansion and his writing and personal appearances.   Indeed, he has averaged two published books each year for more than a decade. 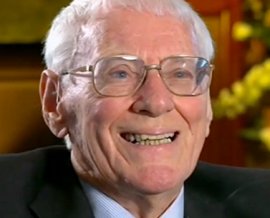