2020 NT Australian of the Year

As a sports physician and ex-RAAF flying doctor, Dr Geoffrey Thompson is one of the Northern Territory’s quiet achievers. His career as a flying doctor and history of service to sports medicine and the community, has seen him be awarded 2020 NT Australian of the Year.

Born in rural South Australia, Geoffrey graduated in medicine before joining the Royal Australian Air Force (RAAF) as a Flight Surgeon and Medical Officer. In 1974, when Cyclone Tracy devastated Darwin, he was responsible for overseeing the RAAF effort to evacuate the city.

During the days that followed, and with many sleepless nights, he helped assess, treat and evacuate severely injured citizens of Darwin – despite having lost his own home and possessions.

After leaving the RAAF, he dedicated considerable time to performing general medical clinics in remote Indigenous communities, often using his own plane for transport.

As a sports medicine specialist, he was the first President and founding member of Sports Medicine Australia (Northern Territory) and has been the Chief Medical Officer for the Australian Paralympic Committee since 2008. 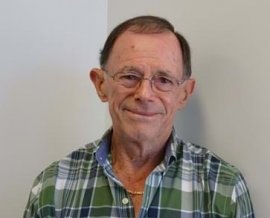