Divya Dhingra is multi award-winning TV presenter, speaker and MC who has worked both in Australia and internationally.

Divya Dhingra is multi award-winning TV presenter, speaker and MC who has worked both in Australia and overseas. She has had hosting roles on TV, at corporate events as well as at concerts with audiences at some events of more than 15,000 people.

Divya's hosting abilities and her style of entertaining and enlightening the audience with her warm personality is admired both here and internationally.

Divya has represented Australia in the International Anchor Talent Hunt competition. After extensive rounds of eliminations, Divya succeeded in beating all the other participators to win. The process involved an interview round, screen tests, script presentations as well as a written exam.

Divya is fluent in Hindi, English and Punjabi, both verbal and written. With her experience in hosting both Indian and Australian Bollywood gala events as well as hosting shows and interviewing VIPs (political and entertainment) she is sought after around the world.

Divya is a keen supporter of charity; she has been selected as the “Youth Voice” for White Ribbon Day, “Community Ambassador” for Cancer Council Australia and is invited as Guest of Honour at Royal Melbourne Hospital for exclusive cheque ceremonies, where she is privileged to speak on behalf of Australia’s most trusted charitable organisations and make a difference in lives of so many.

Her ability, accomplishments and authenticity have made Divya Dhingra an inspiration to many and she is sure to bring charm to any event with her vivacious, professional and charismatic nature. 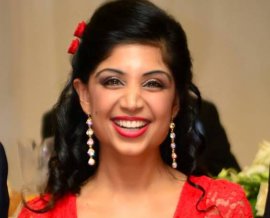