Brooke is an extremely popular and experienced motivational speaker, MC and radio presenter.

As a keynote speaker, host, motivator, trainer and team-building leader, the Olympic Champion lends her exuberance and vitalizing personality to the atmosphere of corporate conferences.

Brooke is a highly knowledgeable and skilled MC who has hosted a variety of award ceremonies, black tie balls, anniversary dinners, launches and publicity events.

Brooke is no stranger to a challenge; she made her debut for the Australian Swimming Team at the 1994 Commonwealth Games. Since then, she has represented Australia over 25 times at major international championships.

After missing out on the team in 1996 and 2000 by a hair, Brooke finally made her breakthrough at Athens in 2004. She won her Olympic gold in the 4 x 100 metre medley relay, and her silver in the 100 metre breaststroke, establishing herself as an Olympic champion. An absolutely remarkable accomplishment as a result of years of hard work, unwavering determination and a staggering amount of willpower.

Brooke’s accolades only grew from here; at the 2004 FINA World Short Course Championships in Indianapolis she won a record six gold medals – five individual and the 4x100m medley relay in world record time.

After so much success accompanied by so many challenges, Brooke faced the greatest adversity of her life with the tragic death of her second son Jack Hanson Clarke. Though a truly life-changing loss, Brooke’s strength of character and valiance are visible in bright colour; her ever-present smile and courage in sharing her story demonstrate an admirable valour in her dedication to helping others.

After 13 years as a member of the Australian Swimming team, Brooke joined the motivational speaking circuit with a powerful story – one that illustrates the depths of her journey as a young athlete to realize her Olympic dream, and the troughs of loss and grief and how to overcome such pain.

Since her retirement from competitive swimming, Brooke released her autobiography “When Silver is Gold”: The Brooke Hanson Story. Brooke’s story is bold and inspirational and a part of her life she loves to speak about.

Her presenting role on the TV Week Logie winning show "What's Good for You" earned her a Logie nomination for Best New Female Talent. Brooke loved her role on Nine Network’s Discover Downunder and along with fellow presenter, Tim Smith, enjoyed 5 seasons of exploring the best camping and caravanning holiday destinations around Australia.

Since graduating with a Bachelor of Arts majoring in Journalism from Deakin University, Brooke has been an essential part of her family’s premier media company, Hanson Media Group. Brooke has also independently been in business for nearly 20 years under Lane 6 Australia Pty Ltd. Her business experience and comprehension renders her more than capable to connect with clients; the parallels between sport and business meld with great ease under Brooke’s tips to success.

The Olympic Champion lives an indisputably fulfilling and highly rewarding life; she has gone on to enjoy a successful career as a television personality and product ambassador and continues to balance this with motherhood, appearances, hosting, speaking, charity events, swim clinics and her commitment to promoting a healthy and active lifestyle for all Australians.

Brooke’s talents are obvious; she not only tells the highly motivational story of an athlete attaining her dreams in the face of adversity and tragic loss, but also brings gregariousness and compassion to any room she steps into. A highly experienced speaker and host, Brooke Hanson is dedicated to paving the way for individuals and teams to achieve greatness.

Going from Good to Great
Motivation and Perseverance
Motivation, perseverance, work life balance, taking on competitors and getting the best out of yourself to achieve your goals and build your career
Moving Forward
Loss, Grief and how to best move forward
Overcoming Challenges
Dealing with setbacks, overcoming hurdles
Sport, life and business
Brooke shares her top tips to success in sport, life and business
Teamwork
Team culture, building and being apart of a winning team and the importance of representing a brand
The importance of ‘the journey’
Discover Brooke's journey to Olympic glory
The parallels between sport and business
When Silver Is Gold 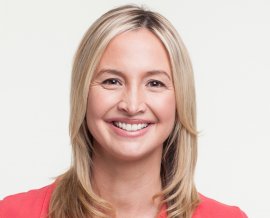