Brett Maher has experienced a basketball career that spanned more than 18 years, including playing over 524 games with the Adelaide 36ers. During this time he led his team to three championships, represented Australia at three Olympics and was announced as the longest serving player in club history.

But when Maher was at the peak of his career in 2003, his world was rocked by the shocking diagnosis of his three month old son, Hudson. Hudson had a rare marrow bone disease which ultimately took his life and in honour of their son, both Brett and his wife Tanya founded the Hudson Maher Foundation, which assists families cope with the financial and emotional stress a crisis can have.

After retiring from basketball in 2009, Brett moved into the corporate world, becoming a highly sought after public speaker and brand ambassador. He also works within communities and coordinates many occasions including school visits, community events and junior basketball camps, as well as liaising with local basketball clubs.

Brett is able to speak to any audience and communicate clearly to ensure audiences take a positive message away and learn from his experiences in both his professional and personal lives. 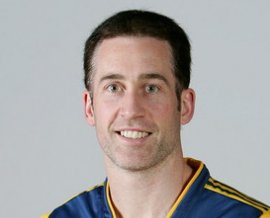