One of Australia’s most well-known and respected sporting champions

Andrew Gaze is one of Australia’s most well-known and respected sporting champions. He is known for his commitment and extensive dedication to sport. At the age of 18, Gaze made the transition to NBL and was averaging 29.1 points per game in his first season,

In 1989, Andrew played for Seton Hall, an American University that reached the final four of the NCCA Championships in the same year, and was rewarded with a trial with the Seattle Supersonics, an NBA team.

In 1991, Gaze became the first Australian to play professional Basketball in Europe, specifically the Italian club Udine, and averaged over 30 points in a game.

Returning to Australia, he became the first NBL player to score over 1,000 points in a season. He also won Most Valuable Player in the NBL, his first of many, and was the first player to lead both scoring and assists statistics in the same season.

In 1993, Andrew became captain of the Melbourne Tigers and led them to victory in the NBL Grand Final. In 1994, he made the switch to NBA, playing with the Washington Bullets in America.

Three years later, after participating in three Olympics as an Olympic Basketballer, Andrew took part in another and led Australia to a Bronze medal play-off in Atlanta. The following year, he played with the Melbourne Tigers and they took part in the Grand Finals after a 16 game winning streak.

In 1997, Andrew won his second NBL Championship, his 10th NBL scoring title and another Most Valuable Player award.

Gaze resumed his NBA career in early 1999, joining the San Antonio Spurs, then went on to win the Championship, where he returned home with an NBA ring.

In 2000, Andrew was chosen as the flag bearer and Captain of the Australian Olympic Team for the Sydney Olympics.

For his significant contribution in Sport, Andrew received an AM in 2002.

He is well known for his intriguing and inspirational presentations that leave audiences spell bound. He is known for spending time not just speaking with a professional attitude, but also for socializing with guests after the presentation has concluded. 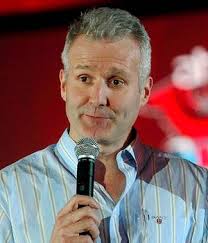