Recipient of the St Mary of The Cross MacKillop Award, Broadcaster and Public Speaker

Amanda Blair is a broadcaster, columnist, public speaker and board member of The Independent Gambling Authority. Previous board member positions include the Social Inclusion Board, The Australian Dance Theatre, the SA Health Suicide Prevention Arm, and the Adelaide Festival Board, where she spent six years. Amanda was also a founding board member of the Contemporary Collectors Society from the Art Gallery of South Australia and raised funds to acquire contemporary works. As part of the 2004, 2006 and 2008 Adelaide Fringe Festival, Amanda was the mastermind and producer behind 'Comedy For A Cause' to raise funds for Catherine House – a shelter for homeless women.

Amanda's radio career started in Melbourne in 1996. In 2007, she then hosted the afternoon program on FIVEaa for over five years. She was the only female on commercial talkback radio in Australia with their own program during this time.

A mother of four children, Amanda left FIVEaa in 2012 to spend more time with her family and to concentrate on her great passion – competitive baking. Subsequently, she won a Blue Ribbon at the Royal Adelaide Show, an award she deems as perhaps her finest moment despite her many achievements.

In 2003, Amanda won an MO Award for Best Live Show in Australia - The Amanda Blair Breakfast Show. She also received a Media Citation from Archbishop Philip Wilson for her work implementing the Shoebox of Love Campaign, where over 4000 shoeboxes were sent to impoverished, orphaned children in Indonesia.

In total, Amanda has raised over $1 million. In 2003, she established a recreational program in the Adelaide Women's Prison. She was instrumental in putting a library into the prison to aid their literacy programs.

In 2011, Archbishop Philip Wilson awarded Amanda the St Mary of The Cross MacKillop Award for outstanding contribution to the media. In that same year, she was also nominated for South Australian of the Year. She was a finalist for the Margaret Tobin Mental Health Award for consistently speaking positively about the issue of mental health.

With volunteer experience as the Ambassador for Time for Kids, The Hutt Street Centre and The Bedford Group, Amanda has been heavily involved in the charity sector. In 2012, she was named as one of the five most influential people in the media in South Australia by The Australian Newspaper.

In 2013, Amanda was listed as one of the fifty most influential South Australians on 'The Power List'.

Amanda is currently a columnist for the Australian Women's Weekly, a regular contributor to The Today Show on Channel Nine. She regularly works as an MC for corporate and charity events. 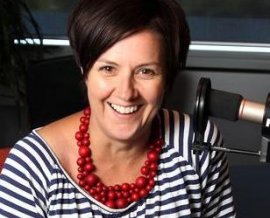