Hear from a champion snowboarder and learn to overcome obstacles

Learning to ski at age 3 and snowboarding at age 8, Alex ‘Chumpy’ Pullin fell in love with the snow at a young age.

By 15, Chumpy competed in the Open Mens FIS Snowboard Australian National Championships, winning the event after a tight race. This win spurred his passion for the sport even further.

In 2007, Chumpy qualified 5th for the finals at the World Cup Boardercross, launching his career. By 2010, he became a strong racer with consistent top 5 placements.

At the 2010 Winter Olympics in Vancouver, Chumpy qualified as the fastest in both runs, with the whole world and his family watching. Although during the quarterfinals, Chumpy crashed, the experience was eye opening as he began to really see how fast he could go.

Since then, he continues to actively participate in the sport, competing in each northern winter on the World Cup tour as well as training in the southern winter at Mt Hotham.

With two World Championship titles, two Crystal Globe World Cup titles as well as many other victories under his belt, Chumpy is a fantastic motivational and inspirational speaker.

Away from snowboarding, he loves to write and play music, performing at venues both nationally and internationally.

Taking the chance to tell his story, Chumpy works to teach audiences not to give up and equips them with strategies to overcome any obstacle they may encounter. 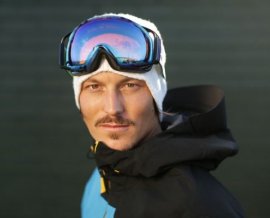