One of Australia’s most recognised contributors in entertainment industry

Steve Vizard is one of Australia’s most recognised contributors to the Australian entertainment industry. Writer, performer, lawyer, program creator and producer, Steve’s versatile talents have reached across film, radio and television and into the arts, major events and public affairs.

Steve is now a regular member of Melbourne’s number one talk back radio station 3AW.

For two years Steve hosted his own morning radio show The Steve Vizard Morning Show for the Macquarie Radio Network. In 2011 the show was nominated for three ACRA Awards, including Australia’s Best Talkback Presenter.

Steve’s radio program was also responsible for breaking news reports, including the Christmas Island asylum seekers boat crash tragedy in December 2010. Steve broke the story and spoke to emotional eyewitnesses, taking listeners directly to the scene. When the New Zealand earthquake struck in February 2011, Steve crossed straight to Christchurch following the tragedy for weeks to uncover astonishing personal stories. He covered the Chilean mine disaster as the last miner was dragged to safety and pursued the defrocking of convicted priests by the Catholic Church, on behalf of abused victims.

Steve still enjoys stepping out in front of the camera and has been a much sought after contributor to a variety of prime time television shows including Ten’s The Project and Talking Bout’ Your Generation, Nine’s Today Show and A Current Affair. He also appeared as a regular role in Mick Molloy’s Foxtel comedy series The Jesters.

Studying Law and Philosophy at University of Melbourne, Steve and his mates took time out to establish the University Law Revue. After practising law as a partner in a city law firm, Steve hosted his own top-rating, 5 nights a week national television show – Tonight Live with Steve Vizard, for which he was four times nominated for a Gold Logie, taking one home in 1991.

A household name, Steve has created his own headlines – his face has appeared on the front of almost every publication in the country, from the cover of Time to Rolling Stone.

Steve has produced or been the Head Writer on iconic programmes which have not only launched careers, but provided some of Australia’s most enduring comedic creations, including Con the Fruiterer (Mark Mitchell), Kylie Mole (Maryanne Fahey), Chenille the Beautician (Magda Szubanski and Marg Downey), Poida (Eric Bana), Kath and Kim (Gina Riley and Jane Turner) and Milo Kerrigan (Shaun Micallef). Shows which he has helped produce have received over 20 Logies, a dozen AFI, Writers Guild and Television Society awards and an international Emmy nomination.

Steve has actively committed himself to public participation: for six years as President of Australia’s oldest and best endowed public museum, the National Gallery of Victoria, overseeing the substantial renovation of St Kilda Rd Museum and the construction of Federation Square; for five years as the Chairman of Victorian Major Events, securing numerous major events for Victoria; as an elected delegate of Victoria to the Constitutional Convention; as a Convenor of the 2002 Population Summit; as a keen advocate of Australian content and support of the arts, as President of the Screen Producers Association of Australia and through Film Australia and the Children’s Television Foundation.

Steve has written and edited several books, including a recent biography of Graham Kennedy; Best Australian Humorous Writing, Australia’s Population Challenge; and Two Weeks in Lilliput, a bestselling account of the Constitutional Convention which became a nominated text on the HSC English syllabus. He has written for theatre, and has been the recipient of an Australia Council Grant for Poetry.

Off-air Steve and his wife Sarah enjoy their journey together with their five children. A personal award, Steve achieved was ‘Australian Father of the Year’ in 2002 travels with them. In 1991 Steve and his family established the Vizard Foundation and Vizard House – a refuge for people in need – which they still actively support, and he has directly contributed to many other charitable causes, including establishing with Walter Mikac the Alannah and Madeleine Foundation in 1997. 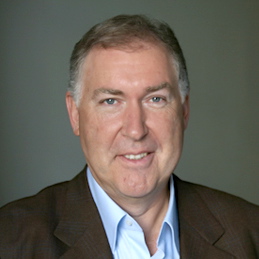