Giving up her career in house cleaning after learning people would pay to hear her sing, Jackie Clarke has since become a star on the entertainment circuit and judge on NZ Idol.

Jackie has also starred on the stage, acting in a range of productions, including A Christmas Carol, Mum’s the Word, Joseph and the Amazing Technicolour Dreamcoat, Porgy and Bess, Little Shop of Horrors as well as many others.

She continues her singing career by performing as a soloist for an array of prestigious events such as Coca Cola Xmas in the Park, Schweppes Showtime, NBR Stadium Spectacular, and Sky City Starlight Symphony.

Jackie currently works as a voice actor for advertisements and cartoons, featuring as the voice of both Buzz and Poppy and playing several characters in the Massey Fergusson cartoon series.

Jackie is a highly sought-after MC at corporate events, singing and speaking her way through an event. 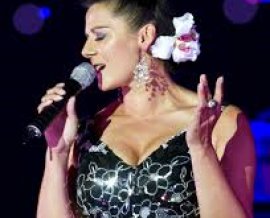