One of the world’s leading authorities in neuroscience

As one of the world’s leading authorities in neuroscience, Susan Greenfield is making waves in the understanding how the brain works. She is committed to research into degenerative diseases such as Parkinson’s and Alzheimer’s, as well as the influence of technological development.

Susan not only is an avid researcher, she has also presented and contributed numerous science programmes on radio and TV, as well as written many books revealing the workings of the brain.

Studying the nature of memory, emotion and consciousness, Susan is a passionate academic. Her research topics include looking at what the future holds as people live longer and rely increasingly on technology, the fundamental effects technology is having on our brains, and what technology is doing to our sense of identity and privacy.

As the first female director of the Royal Institution, Susan now works as the Senior Research Fellow at Lincoln College as well as the Chief Scientific Officer and CEO of biotech company Neuro-bio.

Susan has written several books, including ‘Mind Change: How digital technologies are leaving their mark on our brains’, ‘ID: The Quest for Meaning in the 21st Century’, ‘Tomorrow’s People and The Human Brain - A Guided Tour’. 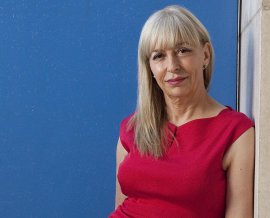