Noel Pearson is a land rights activist, lawyer, academic and one of Australia's leading thinkers.

Noel Pearson is an Indigenous Australian lawyer, land rights activist and Director of the Cape York Institute for Policy and Leadership, an organisation promoting the economic and social development of Cape York in far north Queensland.

He has a degree in History and Law from Sydney University. His History thesis, based on his home community Hope Vale, has been published in "Maps Dreams History", by the History Department of the University of Sydney.

Noel has been strongly involved in campaigning for the rights of Cape York Aboriginal people and played a pivotal role in the establishment of the Cape York Land Council in 1990. He also worked on both Native title cases including the historic WIK decision. The resulting High Court decision is recognised as one of the most important Native Title cases in Australian History.

Pearson was elected Chairman of the Cape York Land Council from 1996-1997 before resigning. He still acts for the Land Council in an advisory capacity from time to time. Today, he works in a voluntary capacity as a Team Leader with Cape York Partnerships a project negotiated between the Queensland government and Aboriginal Leaders of Cape York to plan and implement projects centred on a reform agenda for Cape communities. 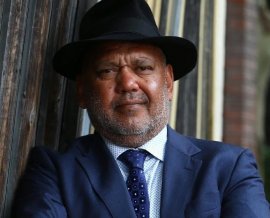