A leading sports administrator and CEO of the Geelong Football Club

Brian Cook has long been recognised as one of Australia’s leading sports administrators. With 30 years as an AFL club CEO with the West Coast and Geelong, Cook is the equal longest serving CEO in the 122 year history of the league. As CEO of the Geelong Football Club since 1999, Cook has led the Cats from a near bankrupt regional club to one of the country’s leading sports brands, enjoying unprecedented success both on and off the field.

Known for his strong values based leadership style, Cook has overseen the rebirth of the Cats. The club broke a 44 year premiership drought in 2007, winning the grand final by a record margin. Further premierships followed in 2009 and 2011, and the club has continued to challenge for further success while undergoing a complete transformation of its playing list.

Cook has led a four stage redevelopment of the Cats home ground, GMHBA Stadium, resulting in $200 million in investment to turn to the stadium and the club’s training facilities into best in the country. A further $110 million for the final stage to complete the stadium has been committed by the State Government and this will start in 2020. Under Cook’s stewardship, the Cats have implemented a strong community outreach, featuring 10 flagship programs that look to improve the lives and decision making among young people. The club was close to $10 million in liabilities when Cook arrived, but now is one of the most stable sporting organisations in Australia.

Prior to joining the Cats, Cook spent nine years at the helm of the West Coast Eagles. He guided the Eagles to premierships in 1992 and 1994, marking the first times that a non-Victorian club had won the AFL grand final. During that period the Eagles averaged an operating profit of $3 million per year and grew membership from 10,000 to 30,000.

A life member of the AFL and the Geelong Football Club, Cook was named as the Eunice Gill award winner for services to coaching at a national level in 1994, was awarded the Australian Sports medal from the Prime Minister in 2001 and was recognised as the Australian sport’s executive of the year by the Confederation of Australian sport in 2007.

Cook completed the Advanced management program at Harvard Business School in 2013 and holds a Master of Education from the University of Western Australia and a Bachelor of Education from Deakin University. Cook was also appointed Adjunct Professor at Deakin University in 2017 in the Sports Management Program. An elite athlete in his own right, Cook was a golden gloves boxer and played with both Hawthorn and Melbourne. He moved west and represented Subiaco and East Perth in the WAFL, and also was an assistant coach at East Perth and senior coach at Ainslie in the ACT. 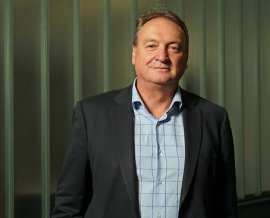