As a clinical psychologist and internationally-recognised expert in mindfulness, Dr Richard Chambers is a popular speaker amongst companies and organisations.

Using a highly engaging and personable style, Richard both informs and challenges his audiences to make changes in their lives. Using a scientific approach, Richard demystifies mindfulness and encourages everyone to practise it, providing implementable tools for immediate application.

As the author of three books, Richard has been practising and teaching mindfulness for over 20 years and is passionate about its effect on people.

Dr Richard is the lead on a new initiative at Monash University, embedding mindfulness in the student curriculum. He has also helped to design the Smiling Mind app, and is the lead developer on Mindfulness online courses.

Within the media, Dr Richard has been featured on ABC’s ‘Catalyst’, as well as had his research published in several peer-reviewed journals worldwide. 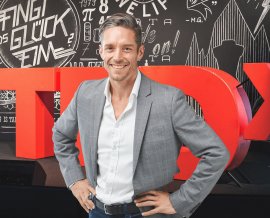