A man on a mission, educating people worldwide to eat better

Dr. Sandro (Alessandro)Demaio trained and worked as a medical doctor at The Alfred Hospital in Australia. While practicing as a doctor he completed a Master’s in Public Health including fieldwork in Cambodia. In 2010, he relocated to Denmark where he completed a PhD with the University of Copenhagen, focusing on non-communicable diseases.

His doctoral research was based in Mongolia, working with the Ministry of Health. He designed, led and reported a national epidemiological survey, sampling more than 3500 households. Sandro held a Postdoctoral Fellowship at Harvard Medical School from 2013 to 2015, and was assistant professor and course director in global health at the Copenhagen School of Global Health, in Denmark. He also established and led the PLOS blog Global Health.

From 2015 until 2018, Sandro was Medical Officer for non-communicable conditions and nutrition with the Department of Nutrition for Health and Development at the global headquarters of the World Health Organization.

In 2018, Sandro became CEO of EAT: the science-based, global platform for food systems transformation. Then in 2019, Sandro returned to Australia to join VicHealth as their CEO where he currently leads a team passionate about improving the health of all Victorians.

In his pro bono work, Dr Demaio co-founded NCDFREE, a global social movement against non-communicable diseases using social media, short film and leadership events – reaching more than 2.5 million people in its first 18 months. In 2015, he founded festival21, assembling and leading a team of knowledge leaders in staging a massive and unprecedented, free celebration of community, food, culture and future in his hometown Melbourne.

Then in 2018 and funded through his media work with ABC TV and Pan MacMillan publishers, Sandro established an independent, not-for-profit foundation focused on improving the health and nutrition of Australians.

Dr Demaio currently co-hosts the ABC television show Ask the Doctor – an innovative and exploratory factual medical series broadcasting weekly across Australia. To date, he has published 30 scientific papers and more than 90 articles. He is also the author of the Doctor’s Diet, a cookbook based on science and inspired by a love of good food. Sandro is fascinated by systems-innovation and leadership; global health and nutrition; and the political economy of food and wellbeing. 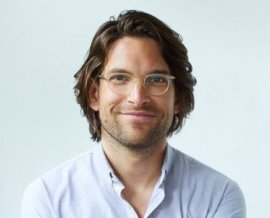