One of Australia’s most innovative engineers

Dr Jordan Nguyen, is one of Australia’s most innovative engineers, who is committed to improving the lives of as many people as possible, and to help become a driving force behind both human and technological evolution as we move into the future.

An internationally renowned engineer for humanity, Jordan designs life-changing technologies to transform the lives of people with disabilities and the elderly through his role as founder of Psykinetic, a social business committed to bringing positive, sustainable and life-altering change, and shares his adventures through documentaries across the world. Inspired by human endeavour, Jordan has big ambitions to see our world step consciously and creatively into a better future.

Jordan is Founder and CEO of Psykinetic, a start-up social business aimed at creating futuristic, inclusive and empowering technologies to improve independence and quality of life. Currently focussing on injury, disability and aged care, Jordan and his team have successfully created a mind-controlled wheelchair, Virtual and Augmented reality rehabilitation and inclusive gaming, an instrument that enabled a friend with cerebral palsy to play music with her eyes and blinks, and devices that make it possible to control household appliances or even drive cars using only the tiny electrical signals created from eye movements.

Jordan is an award-winning documentary maker and presenter. In 2016 he collaborated with the Australian based production company, The Feds, and the ABC Catalyst to create and present his first TV documentary Becoming Superhuman, which went on to win many prestigious awards both locally and internationally. His work is regularly featured in the media and he has since gone on to present a second ABC Catalyst documentary Meet The Avatars exploring the impacts of Virtual Reality, including creating virtual interactive avatars to preserve memories of loved ones. He has also worked with National Geographic on China 2049 and so far presented four Discovery Channel documentaries – Smart China, Time of Xi, Vietnam: Connecting East Africa, and Tibet: Living On The Roof Of The World. He recently founded his own media company, Time-Captain Productions and aims to continue creating world-changing content on the intersection between technology and humanity.

With a degree in Electrical Engineering, First-Class Honours, Diploma in Engineering Practice, and a PhD in Biomedical Engineering (Chancellor’s List) from the University of Technology Sydney, Jordan is a passionate ambassador for STEAM education, adaptable mindsets and big-picture thinking. He has taught university engineering master’s students in Artificial Intelligence design and Biomedical instrumentation, and has supervised many research students. He believes our young generations are the change-makers of tomorrow and have the potential to create solutions to the world’s greatest challenges.

The past few years alone have been significant for Jordan. In 2017 he was a finalist for the NSW Australian of the Year. He made the list of Australia’s Most Innovative Engineers by Create Magazine 2016, was named in Onalytica’s Top 100 Global Influencers on Virtual Reality in both 2016 and 2017, travelled on tour with Think Inc and Steve Wozniak in 2016, won the Australian Computer Society’s (ACS) ‘ICT Professional of the Year’ Digital Disruptors Award in 2017, and had the honour of being MC in 2018 for An Evening With President Barack Obama on his recent visit to Sydney.

AI, Evolving Technology and Human Experience
Automation and Artificial Intelligence has been around for many years, but more recently the large leaps and bounds of the technology mean they are drastically affecting our businesses and digital lives. We are finding we need to transform in response to these evolving technologies. Everyone has heard about the oncoming threat of AI, but what about the opportunities? What does it allow us to gain?
Beyond Superhuman: Technology for humanity
With todays staggering advances in technology, many new possibilities are emerging which almost seem to have come straight out of the realms of scifi fantasy. When we connect some of the dots between various cutting edge fields, the innovations become even more intriguing. In this presentation, Dr Jordan Nguyen will raise an incredibly interesting and perhaps confronting conversation around links drawn between the fields of artificial intelligence, virtual reality, new techniques in 3D human scanning, neuroscience, and the ideas of human consciousness. This topic raises a number of questions about what it is to be human and what is a moral approach to the incredible things we can achieve today with the latest advancements in technology, advancements that are increasingly blurring the lines between the virtual world and the real world.
Digital Transformation and Future Generations
Our new generations are technological natives and do not know a world without the technology of today. What are they capable of? What might the future hold for them? And it is valuable to recognise where talented individuals will move in the future.

Jordan is one of the most unique, empathetic and hardworking people I have ever had the pleasure of meeting. He has spoken at several events and the feedback is always nothing short of outstanding. Jordan takes time to understand what we, the audience, want to take away and always dreams up the most inspiring and original keynotes with so much goodness packed in the audience walks away with a mix of personal insights, technology learnings and so much brain food to munch through. Jordan can speak to a variety of topics and is extremely creative and original so my advice is that you simply don't hesitate in booking him for your next event!

Dr Jordan Nguyen was an opening keynote speaker at our conference, and completely wowed the audience with his warmth, wisdom and humour. Jordan doesn’t just impart knowledge on the scientific advances and trends in artificial intelligence, he brings humanity to our understanding of science and engineering and the important role it plays in enabling a life of freedom of movement and mindset for those with physical disabilities. His personal stories are both moving and wondrous as the audience is taken on a journey of the marvels of modern technology and its application for humane purpose. A theme of our conference was collaboration and conversation in a disruptive world, and the importance of bringing purpose to life, business and community; and I couldn’t think of a better speaker to help set this scene than Jordan. 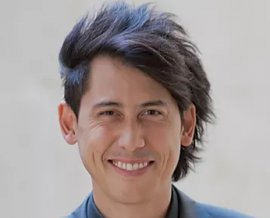