Bring The Economist Intelligence Unit to your event

As Editorial Director and Chief Economist, Dr Andrew Staples sets the editorial agenda for The Economist Corporate Network across Africa, the Middle East and Asia. Prior to his current role, Andrew was Director for South-east Asia where he provided clients with insight and analysis on a range of topics related to ASEAN and the broader Asian economy.

Currently, Andrew moderates major Economist events and delivers custom briefings to senior executives (including Fortune 500 C-suite) and public figures (including heads of state) in his areas of expertise which include Asia, Japan, international political economy, foreign direct investment, corporate strategy and comparative management. He is a regular guest on major international media networks to provide analysis of key economic, political and business developments. Before relocating to Singapore in 2016, Andrew was Director for North Asia covering Japan and South Korea.

Prior to joining the Economist Intelligence Unit, Andrew was associate professor of international business at business schools and leading universities in the UK (University of Sheffield) and Japan (Keio University, Doshisha Business School and Globis University Graduate School of Management). A highly rated professor, he was instrumental in the development of the Global MBA programme at Doshisha Business School, Kyoto, where he also offered courses related to strategy, business and management in Asia, regionalism, and foreign direct investment.

Andrew is able to speak, moderate and facilitate a wide array of vents. Andrew has moderated high-level panels featuring senior business leaders, politicians, academics and thought leaders on a regular basis. As a seasoned presenter and moderator, Andrew brings a high-level of editorial rigour to the process of preparing and moderating panels, as well as chairing roundtable discussions with a senior business audience. 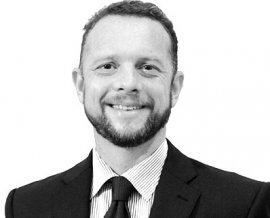