Her stand up shows are as engaging as they are hilarious

As one of Australia’s favourite comedians, Cal Wilson holds a extensive of experience in both stand-up shows and television programs. Cal has previously worked on Comedy Channel’s ‘Whose Line is it Anyway?’, as well as a variety of television shows, including ‘Spicks and Specks’, ‘Thank God You’re Here’, ‘Good News Week’, as well as many more.

Beginning her comedy career in 1990, Cal was a founding member of the Court Jesters Improv Group. Four years later the team won the World Theatresports title in Los Angeles.

In 1977, Cal was the recipient of the inaugural Billy T Award, which is awarded to comedians that have achieve outstanding potential. In 1980, Cal was later judged as the Best Comedian by Metro Magazine.

With an array of stand-up shows , Cal has performs regularly in front of sold-out audiences.

Acting as an MC, comedian or host, Cal impresses and entertains any audience. 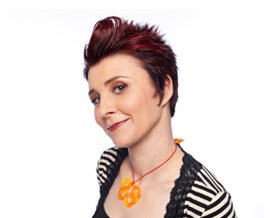