Never before has there been an artist who has been equally recognized, awarded and celebrated both in front of the camera and behind the scenes, as has Paula Abdul.  As a ground-breaking choreographer, dancer, song writer, performer, designer, actor and business women, this two-time Emmy Award winner and multi-platinum recording artist, selling over 60 million records worldwide, has continued to find new ways to entertain her loyal fans for over 20 years.  And, until only this year, after being bumped to number three by Adele, Paula Abdul reigned as the second longest charting album on the Billboard Hot 100 chart; the longest charting album ever.

After saying goodbye to American Idol in 2010 and serving as executive producer and creative partner for the CBS reality-competition series “Live To Dance”, Paula returned to network television in September 2011 with FOX’s highly anticipated “X-Factor”.  Paula can also be seen as a re-occuring guest star on the Lifetime hit series “Drop Dead Diva”.   Paula was the lead judge on “So You Think You Can Dance Australia” in February 2014.

Paula Abdul grew up in the San Fernando Valley, California and pursued her childhood love for dance and cheerleading through high school & college.  After college, Paula was ready to take her dance skills to the next level and joined the Los Angeles Lakers cheerleaders, where she so impressed the team ownership that she became head cheerleader/choreographer after only a few months.  Very quickly, she became widely known as “re-inventing” cheerleading by combining classic cheering with contemporary music and dance in a way that had not been seen before.

During her time with the Lakers, Paula was to be recruited by the top music artists, directors and producers in the world to choreograph their music videos and tours and films, such as The Jackson family to choreograph their 1984 “Torture” video, the first in a long list of videos and movies she would choreograph.  Her most celebrated works in choreography include her Emmy-winning contributions to The Tracey Ullman Show, and Paula’s own performance as an artist opening the American Music Awards;  as well as an Emmy nomination for choreographing the Academy Awards.  Other highlights include her award winning work with Janet Jackson, which garnered two MTV Video Awards and working with such musicians as Aretha Franklin, George Michael, Luther Vandross, INXS, Heart and Prince.  Her choreography contributions in film include the Academy Award-winning American Beauty, Jerry McGuire, Oliver Stone’s The Doors and Coming to America.

In 1989, Paula became a worldwide singing sensation with her first CD, “Forever Your Girl” after the single “Straight Up” exploded onto the charts. Paula’s record quickly went multi-platinum and had an astonishing four number one singles. Paula’s second album “Spellbound” was released in 1991 to similar worldwide success with two number one singles and followed with her third album in 1995 “Head over Heels.” Throughout her music career, Paula has won many musical awards such as a Grammy, seven MTV video awards, two Emmy awards and two People’s Choice awards and has sold over 60 million records worldwide.

In recognition of her 20 plus years in dance and choreography, Paula was honored in 2008 with a Lifetime Achievement award from the prestigious Tremaine Dance Company, as the “Tremaine Entertainer of the Year 2008” and was presented the Always Next, Forever Now Icon Award, reserved only for the most beloved of pop icons in 2010.

Paula Abdul is also an established business woman, teaming up with the Home Shopping Network to launch a groundbreaking lifestyle line called “Forever Your Girl”, playing a vital role in the conceptualization, design and creation processes and also launched The Paula Abdul Jewelry Collection for QVC.

More recently Paula has become one of the top public speakers in the industry, touring the country to bring her own passion, drive and work experiences to the lives of those walking the halls of companies throughout America.

In 2010, Paula announced her role as co-founder and partner in the interactive video service Auditionbooth.com, an online talent discovery destination which connects a full spectrum of aspiring talent directly with casting directors, agents and managers for high-profile television shows, Web series and advertising campaigns.

Paula Abdul is also very active in her community, being a spokesperson for national charity organizations such as the American Humane’s Pets and Women’s Shelters (PAWS)™ Program, the foundations of Natural Balance Pet Food and Petco which raises critically needed money for non-profit guide dog schools throughout the country.  With the efforts of her appearance on CNN, Larry King Live “Haiti: What Can You Do” she helped in raising over 9 million dollars. In addition, Paula has donated “The Official Michael Jackson Opus” to support the US Fund for UNICEF & The American Red Cross on-line which raised over $100,000.

Earlier this year, Paula hosted a one-hour fitness session with nearly 1,000 women affected by Breast Cancer. Her appearance helped Bust A Move to raise nearly $1 million – funds that will be used to retrofit a women’s breast health center in Halifax, Nova Scotia. 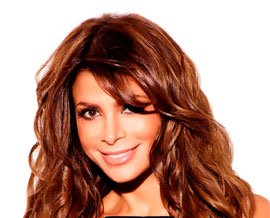