One of the world's best-known faces and brand names

Following her debut on Australian televisions for TAB Cola, Elle Macpherson became Australia’s ‘girl next door’. Elle is now a well-known figure in television, film, fashion and business, and has become one of the best-known faces and brand names in the world for over 35 years.

In 1986, after being featured on the cover of ‘Sports Illustrated’ a record breaking 5 times, Time Magazine nicknamed Elle ‘The Body’. This led Elle to create the workout program ‘Your Personal Best The Body’. As well as modelling, Elle has worked as an actress alongside some of the most diverse names in Hollywood, and has appeared in several episodes of ‘Friends’ and has hosted ‘Britain’s Next Top Model’.

Establishing her own brand of lingerie in 1989, Elle Macpherson Intimates, the brand is one of the most recognised lingerie brands in the world, and following huge success in the UK, Australia and New Zealand, it was repeated in Canada, the US and the Gulf States.

Following this success, Elle launched bath and body products, Elle Macpherson The Body Beauty Products, in 2005, which were launched globally in 2008.

A passionate advocate for health and fitness, Elle brainstormed the idea of a nutrient dense formula with her doctor, which resulted in the development of the original SUPER ELIXIR. Elle then co-founded WelleCo in 2014 to share the benefits and her experience, as an advocate for wellness and champion for the brand.

Elle is heavily involved in charity work, including acting as the European Ambassador for RED, an initiative set up to raise money and awareness for the Global Fund to help eradicate Aids for women and children in Africa. Elle is also an ambassador for UNICEF and the Australian children’s charity Smile, which supports research into rare childhood diseases. 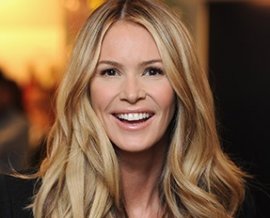