The Hon Jeffrey Kennett AC was the Premier of Victoria from 1992-1999 and a Member of the Victorian Parliament for 23 years.

Mr. Kennett is the founding chairman of Beyond Blue, a national organisation that promotes good mental health and seeks to dismantle the stigma surrounding depression and anxiety. He is also Chairman of The Torch, a program assisting incarcerated Indigenous men and women.

Mr. Kennett is influential in corporate Australian, as the chairman of several organisations including Open Windows Australia and CT Management Group.

Drawing on his unique and diverse experience, Mr. Kennett talks to audiences on a wide range of topics from government, to business, social issues and Australia's future as a nation.

Mr Kennett was an Officer in the Royal Australian Regiment, serving at home and overseas. He was elected Leader of the Opposition in October 1982 and under his leadership, the Victorian Coalition was elected to Government on October 3, 1992, with two-to-one majorities in both Houses of Parliament - a position unparalleled in almost 140 years of responsible State Government in Victoria. In the Government's first term, Mr Kennett held the positions of Premier and Minister for Ethnic Affairs.

The Coalition was returned to office at the March 30, 1996, election with a net gain in representation across both Houses of Parliament.

Mr Kennett continued as Premier, as well as serving as Minister for Multicultural Affairs and Minister for the Arts. He headed the Government's peak industry organisations - the Ministerial Industry Council, Premier's Business Round Table, Victorian Communications and Multimedia Task Force and Food Victoria, and chaired the Science, Engineering and Technology Task Force.

Under Mr. Kennett's Premiership, Victoria earned the reputation as Australia's most reformist government. They implemented extensive reforms of the Victorian public service, led Australia in privatisation of public authorities, reduced the State's indebtedness from $33bn to $5.5bn, reinvigorated its economy and reinstated confidence among the Victorian community. On April 22, 1998, Victoria regained its AAA credit rating from international ratings agency, Standard and Poor's.

In November 1999, Mr Kennett resigned from the Victorian Parliament after 23 years service to pursue a corporate career.

Mr Kennett is Patron of The Royal District Nursing Service and Sovereign Hill Ballarat and associated with many other community organisations. He has been a Member of the Singapore Tourism Advisory Board 2000-2006; President of the Hawthorn Football Club 2005-2011 and Chairman of Australian Seniors Finance Ltd 2004-2007.

In 2005 Mr Kennett was awarded the Companion of the Order of Australia. 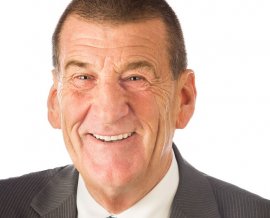