Joining the Commonwealth Bank of Australia in 1966, David Murray acted as Chief Executive Officer in June 1992, before retiring from this position in 2005.

During his 13 years as Chief Executive, David helped to transform the bank from a partly privatized government owned bank to an integrated financial services company.

In 2005, David became the Chairman of the Australian Future Fund, with an aim to invest budget surpluses to meet the long-term pension liabilities of government employees and take the pressure off the budget from aging of the population.

His education includes a Bachelor of Business, a Master of Business Administration, and honorary doctorates.

With unique perspectives on strategic and operational leadership, change management, and winning culture, David is a highly sought speaker in both Australia and internationally. 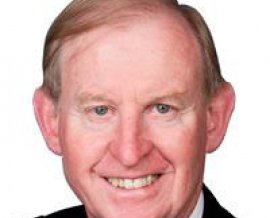