One of the most recognised faces of survival and outdoor adventure, Bear Grylls is a former British Special Forces Soldier and British adventurer who is currently the youngest-ever Chief Scout to 40 million worldwide Scouts. As a TV Presenter, he has hosted more extreme adventure TV shows across more global networks than anyone else in the world. Bear is also an honorary Colonel to the Royal Marine Commandos.

Since he was a child, Bear has been fascinated with martial arts and trained from a young age, earning himself a Black Belt in Karate. He later joined the British Special Forces, where he spent three years as part of the 21 SAS Regiment. As a member of the SAS, Bear perfected numerous survival skills that he would then go on to use as he pits himself against the worst of Mother Nature on his television shows,  astonishing fans all over the world.

Despite breaking his back in a parachuting accident in Africa and enduring months in and out of military rehabilitation, Bear became one of the youngest ever climbers to reach the summit of Mount Everest. He then starred in seven seasons of the Discovery Channel’s Emmy Award-nominated “Man vs Wild” TV series, which became one of the world's most-watched shows, reaching an estimated 1.2 billion viewers. Since then, Bear has hosted more extreme adventure TV shows across more global networks than anyone else in the world, including his international hit TV show “Running Wild with Bear Grylls”, taking some of the world’s best-known stars on incredible adventures. These include President Obama, Julia Roberts, Roger Federer, Will Ferrell, Zac Efron, Channing Tatum, and Kate Winslet.

Bear also hosts the interactive Netflix show “You Vs Wild” and National Geographic’s landmark series “Hostile Planet”, both of which have been nominated for an Emmy Award.

In 2015, Bear won two BAFTA awards for his show “The Island with Bear Grylls”, now in its sixth season.

In 2019 as part of his show “Man vs Wild”, Bear took the Indian Prime Minister, Narendra Modi, into the wilderness. This episode achieved a landmark record, breaking worldwide viewership records and getting a staggering 3.6 billion impressions, making it the world’s most trending televised event.

Bear is also a best-selling author, having written over 90 books and selling over 15 million copies worldwide. His autobiography, “Mud, Sweat and Tears”, spent 15 weeks at Number 1 in the Sunday Times bestseller list.

Life Lessons
Making breakthroughs, friends, fire, failures and fear. Overcome the things that hold you back and break out of comfort zones. Bear will talk about the four things that have shaped him and the lessons he has learnt along the way. Though this keynote, he will guide audiences on a journey to understand how to overcome challenges and adversity and to learn from failures. His stories resilience, courage and never giving up will inspire and empower the audience to get out and find their own adventures!

Bear was simply the perfect choice to join us and talk about why ‘experience matters’ at our annual kick off meeting. Bear brought energy, insight and was highly relatable for our entire audience who joined us. His stories and approach to life left my teams feeling empowered and motivated, we all took something away from his presence and contribution. To top it off, he was highly engaged and approachable throughout our full interaction

We invited Bear to speak at our Leadership Convention in front of 8,000 people and he was simply amazing. His inspirational personality had an incredible impact on our audience. He brought the entire arena to a silence, listening in awe of his breathtaking journey

Bear Grylls captivated our audience with his real-life story of determination and human spirit. His simple advice to ‘never give up’ really hit home with our group. Bear received a standing ovation! 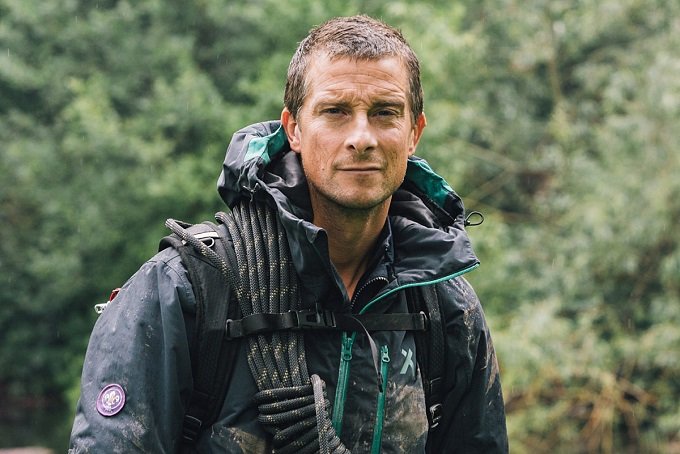